The history of Wrangler tells a story of an American brand with deep rodeo roots. The first pair of Wrangler® jeans were made in 1947 in collaboration with celebrity tailor Bernard Lichtenstein, widely known as Rodeo Ben. 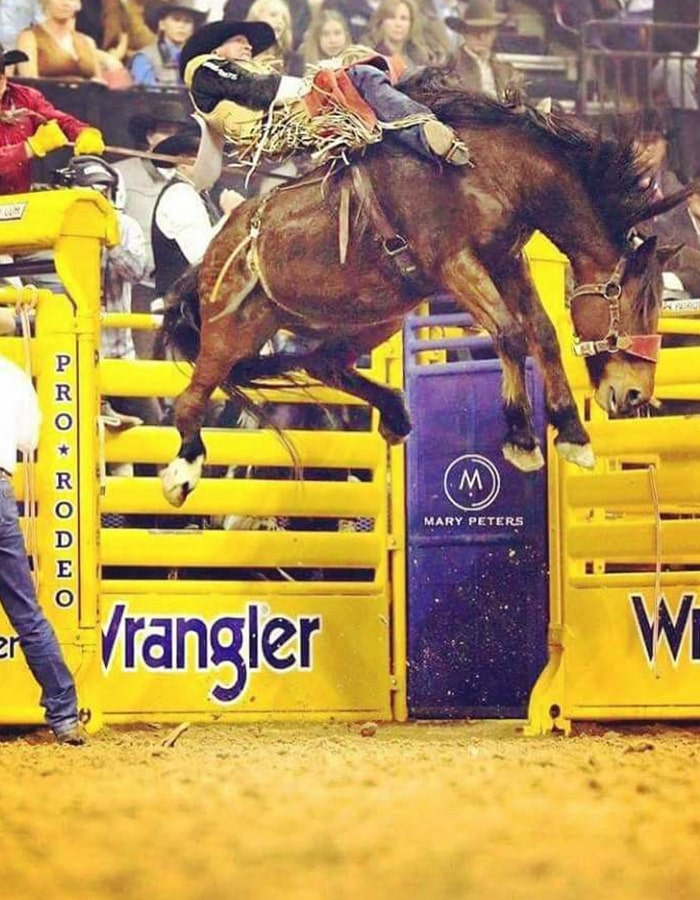 The Blue Bell Company, a North Carolina denim manufacturer, saw the need for better-performing rodeo-wear. They hired Ben to design a pair of pants specifically for their cowboy clientele. It was from that collaboration where the Wrangler jean was born. It ended up being a great decision that put Wrangler jeans into the forefront of western apparel by meeting the needs of rodeo competitors and quickly became an icon of the western lifestyle. 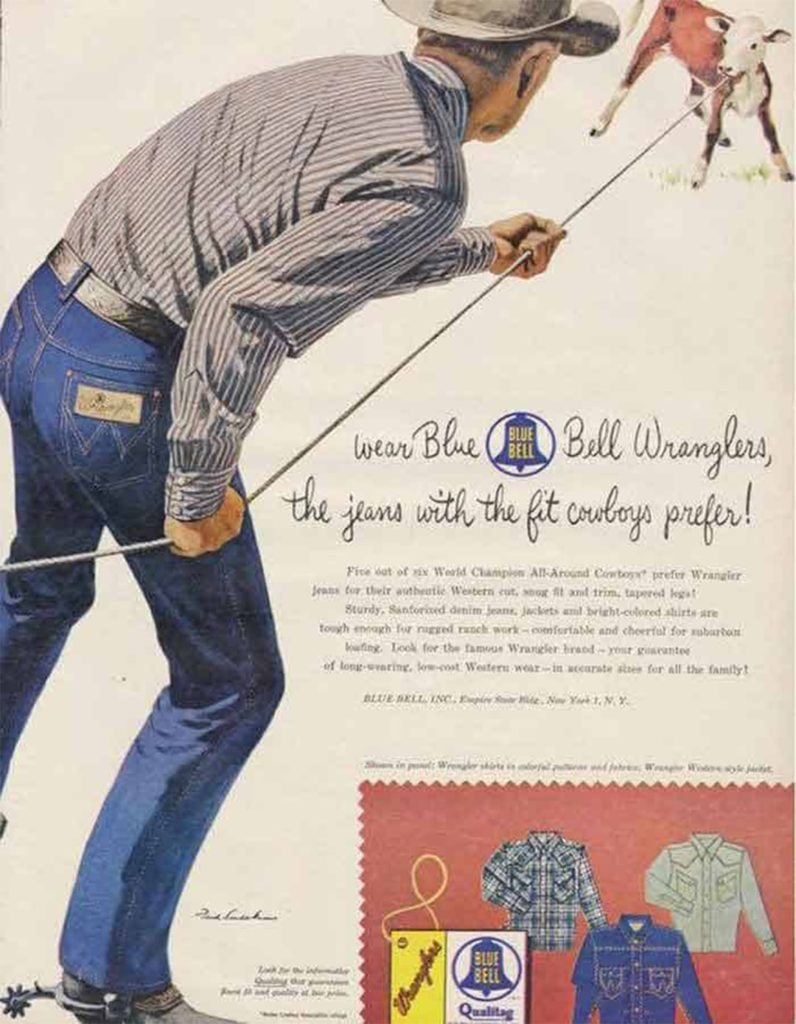 Rodeo Ben was known as a tailor to the cowboys – specifically those who were famous rodeo competitors. He built flashy customized creations that made his customers stand out during competition. His unique design aesthetic became an icon in the western world. Working closely with Rodeo Champions such as Jim Shoulders, Bill Linderman, and Freckles Brown. Rodeo Ben designed the famous cowboy cut which put Wrangler jeans on the map as the go-to for functional western sportswear. The jeans featured a longer-rise for movement while riding, higher back pockets that didn’t get in the way of the seat and longer belt loops which gave room for large belts and buckles. The collaborative design with focus on functional elements met the needs of cowboys and was a huge hit. Soon Wrangler became a household name for western wear. 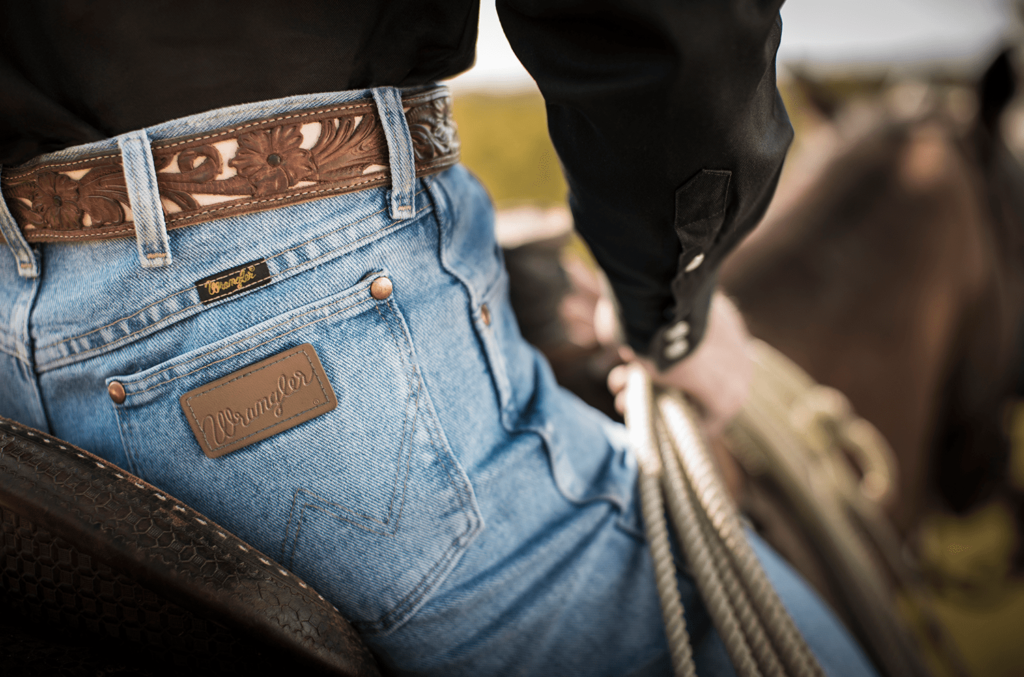 Over the years, Wrangler has grown into a world-renown brand with a rich history and commitment to the western lifestyle for both men and women. They continue to meet the needs of rodeo champions, cowgirls, cowboys and those living the lifestyle day in and day out. Check out some of our favorite Wrangler products below: