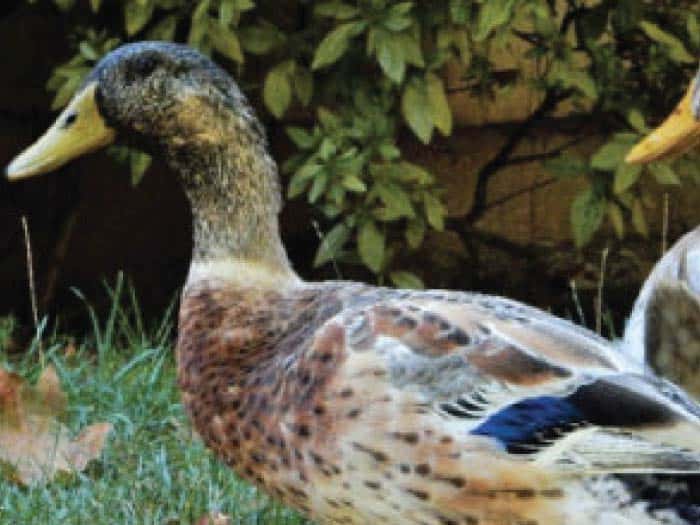 If you looked at Tyke, my Welsh Harlequin drake, today and compared him to a picture I took in the spring, you wouldn’t believe me when I said they are the same bird. Twice a year all ducks go through a process called molting. Molting is when a bird replaces their old plumage with new feathers. After breeding season is over, the drakes will go through a different kind of molt than the females. Instead of just re-growing their normal bright plumage, they trade in their bright breeding plumage for the drabber colors of the female. The new feathers are called their eclipse plumage. Although this may not make sense for domestic waterfowl, they’re wild ancestors first developed this trait to better blend in to their environment when they lose their flight feathers and are unable to escape from predators.

My ducks are no different and twice a year I will come out to their pens and just see feathers all over the ground. At first I always have a mini heart-attack thinking that a raccoon got into the pen before I realize that they are just starting to molt. As they lose more and more feathers they start looking pretty pathetic and shabby. Molting and re-growing feathers requires a lot of energy. To help them get through their molt, quickly boost their protein levels in their feed and avoid stressing your birds. Right now my drakes are in their eclipse plumage, but will soon shed their body feathers to sport their bright breeding colors again.