Do Dogs & Cats Have Taste Buds?

When considering what a dog is willing to woof down, you can’t help but wonder if they actually taste what they eat.

It doesn’t seem to matter to a dog whether it’s their favorite CANIDAE meal, a bug or an ice cube. My dogs will eat everything with gusto as if it had been prepared by a top chef. My cats hunt flies, spiders and other small creatures, and occasionally an overlooked dust bunny. The senses of dogs and cats are far superior to ours, but do they have taste buds, and can they really taste what they eat? 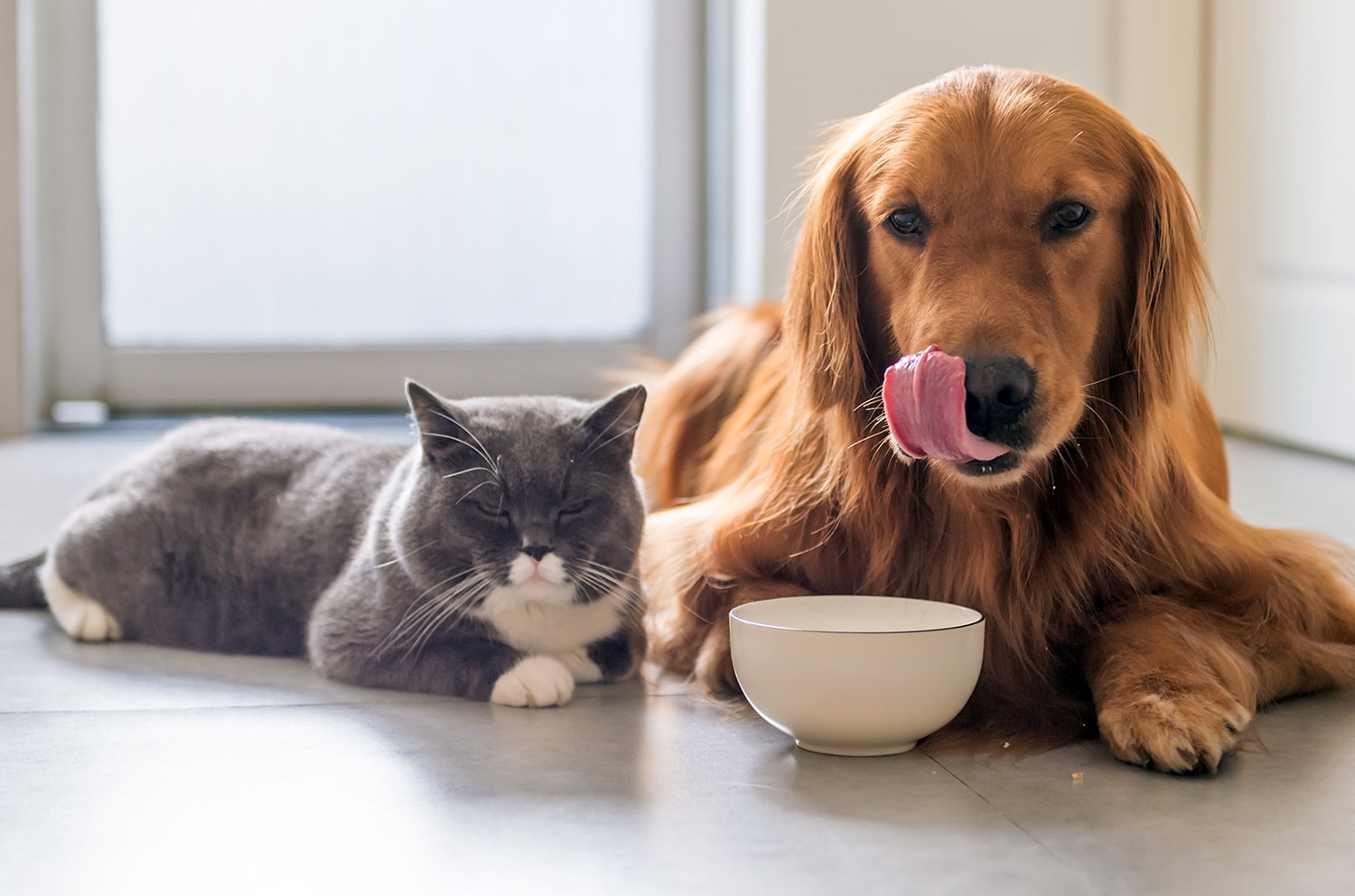 Taste buds play an ingenious role in human and animal survival and are designed to help keep us alive. Without the ability to distinguish between certain tastes it would be difficult to know which foods are safe to eat and which ones to avoid. Something that tastes bad usually means it could be harmful to swallow, and a good taste would be an indication it is safe to consume.

All vertebrates have taste buds on their tongues, but how many a species has depends on which tastes they need to be able to detect to stay safe. Humans have about 9-10,000 taste buds, whereas dogs only have around 1,700 and cats have approximately 470. Because herbivores, dine on a large variety of plants, more taste buds are needed to help them tell if a plant is toxic or beneficial for them to eat – for example, cows have 25,000!

We can distinguish five tastes: salty, sweet, bitter, umami (savory/meaty) and sour. Scientists believe it may be possible that we are also able to detect fat. The taste buds of dogs and cats aren’t as strong as ours, but dogs can identify the same five tastes we can. Cats can taste salty, sour, bitter, umami/savory, and adenosine triphosphate (ATP) – an energy-producing molecule found in meat – but felines lost their ability to detect sweets long ago through the evolutionary process. Cats and Bottle-nosed dolphins are the only two mammals that can’t taste sweet. Being able to taste bitter and sour is important because it helps meat-eaters avoid rancid meat, and helps plant-eaters avoid poisonous plants or other harmful food.

Since canines are considered omnivores, they need to be able to detect carbohydrates, and sweetness indicates the presence of carbohydrates. The digestive system of dogs evolved to process meat, vegetables, grains, and even fruit. Cats are obligate carnivores. Obligate means “by necessity” and felines must eat meat because it is a biological necessity for survival. The ability to taste sweet isn’t necessary because it’s not needed to survive.
The taste genes required to detect sweets are called TAS1R2 and TAS1R3. The TAS1R2 gene is absent in cats because they don’t have the proper number of proteins needed to activate it. Your kitty may beg for a bite of ice cream, but she is probably attracted to the texture and fat content in the cold treat, not the sweetness of it. Texture, size, shape, and temperature of the food are important to felines. Your cat may reject certain foods if it doesn’t feel right on her tongue, and most felines prefer eating wet food at room temperature or higher.

With an exceptional sense of smell, dogs and cats depend on their nose more than taste buds to determine if what they’re eating is acceptable. However, I know from experience that dogs will lick or pick up a toad in their mouth, quickly drop it and drool or foam at the mouth when they discover it doesn’t taste good – and then repeat it hours later if they find another toad. Cats, on the other hand, are more apt to remember the nasty experience and avoid it for a much longer period of time.

The surface of the tongue has microscopic clusters of taste buds spread out across it. There are also some located on the back of the throat. Dogs and cats also have taste buds located at the tip of the tongue geared specifically for water, something we don’t have. Meat has a high salt content and taste buds tuned to detect water likely evolved to help keep the canine and feline body balanced with the proper amount of water needed to flush out excess salt.

Products have been developed over the years that incorporate a bitter taste in them to help dog and cat owners stop their pet from chewing on furniture and prevent chewing on or licking wounds. These products may not work initially because the taste buds that detect bitter are at the back of the tongue and it can take a little while before the bitter taste is detected.

Vendor supplied blogs are meant to entertain and provide resources and do not necessarily reflect the values, knowledge, or advice of Wilco Coop and it’s Farmer-Owners and employees. We do our best to verify facts in vendor-supplied blogs but are unable to provide sources that the writers used.