The Facts on Dormant Spray

How to control pests, such as scales, aphids, and mites on fruit trees organically with horticultural oil. 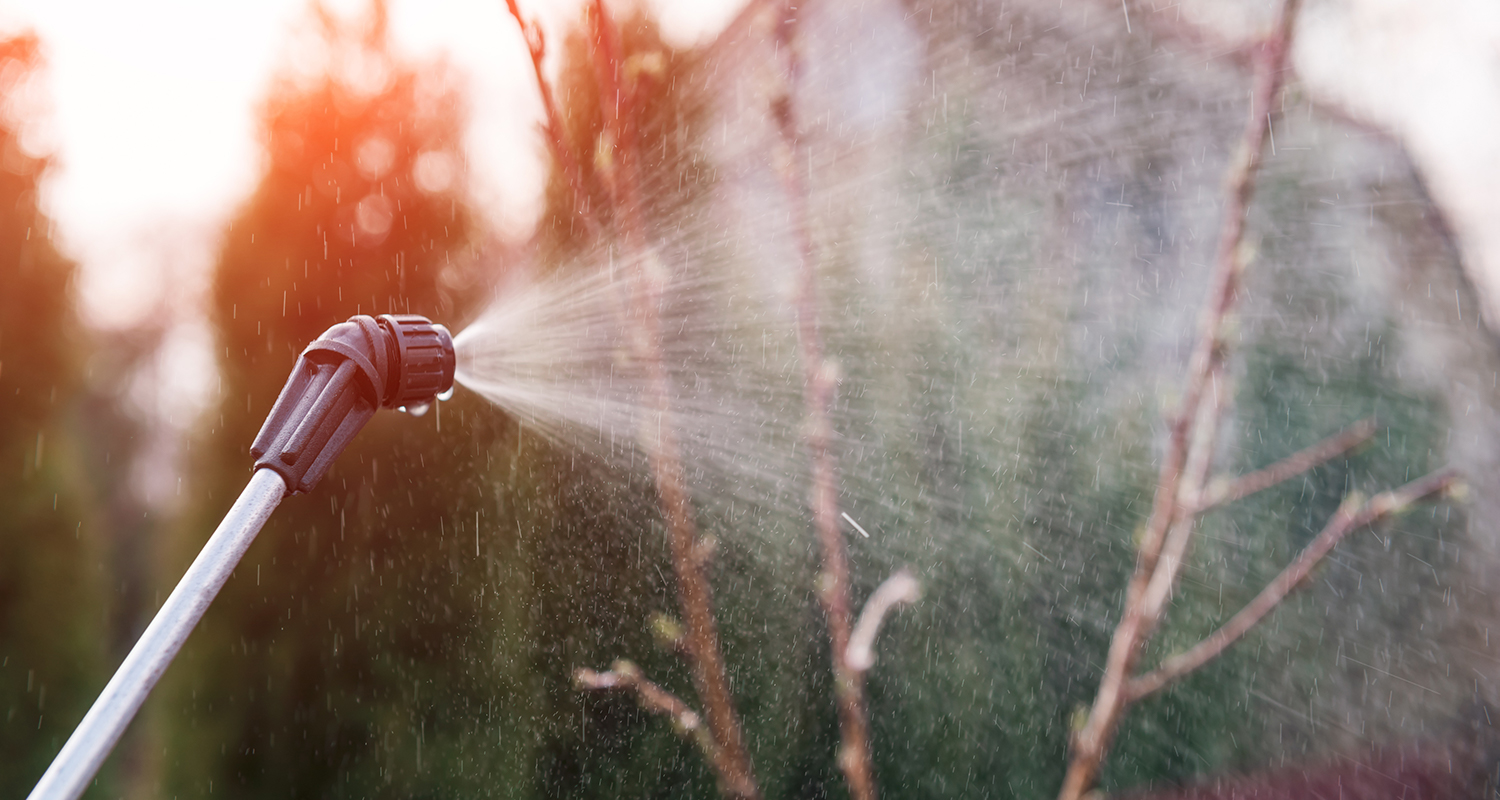 What is Horticultural Oil?

Gardeners are not the only ones who enjoy fruit trees. Pests, such as scales, aphids and mites, feast on the tender plant parts and some can spend their winter on the fruit trees. Horticultural oils control these annoying pests and are safe for use on fruit trees. The majority of pest control oils are some type of mineral oil. The oil is usually combined with an emulsifying agent so that it can be mixed with water and used as a spray.
Oils first became popular as a way to control pest problems on fruit trees. Fruit trees posed a unique problem because they were so pest-prone, and to spray them with a normal insecticide you risked contaminating fruit and making it unsafe to eat. Another problem was that normally the insecticides were not specific enough to only the undesirable insects, so pollinators were also harmed. So an oil based insecticide was developed for use during the dormant-season before the flower buds began to open. This ‘dormant oil’ killed off over-wintering insects such as aphids, mites, and scale. Today, dormant oils have been refined to lighter-weight oils that can be applied during the growing season, without harm to plants. When the term dormant oil is used now, it generally refers to the application timing, during the dormant season, rather than a type of oil.

How It Works on Insects

The primary way horticultural oil kills insects is by suffocating them. The oil blocks the through insects ability breathe. They also disrupt the metabolism of insect eggs and the ability of some insects to feed, causing them to starve to death. While this isn’t a pleasant picture, the desired effect is control of insects, like aphids, that carry diseases from plant to plant by feeding.

When to Use Horticultural Oil Spray

During the fruit tree’s dormant stage, which is typically between November and early spring before bud break, fill a pump sprayer with the homemade dormant spray and thoroughly coat the fruit trees (stems and both sides of the leaves) with the oil. Never apply dormant oil when the temperature is below freezing (below 40 degrees Fahrenheit) or when fruit trees are stressed (drought or high temperatures). Stressed trees are more likely to become damaged when treated with dormant oil. Furthermore, only apply the oil spray when the fruit tree is dry. Moisture or high levels of humidity lower the effectiveness of dormant oil sprays.
Dormant oils generally won’t harm beneficial insects since they are applied at a time when beneficial insects aren’t present on fruit trees and have a low toxicity level to humans and mammals, and they won’t leave harsh residue behind. The oil loses its ability to control pests once dried.

Today, these refined “lightweight” oils like Bonide All Seasons Spray Oil now allow the safe use on many plants throughout the entire growing season as needed. Apply the oil, it dries up and becomes non-toxic to plants, but effective in pest control. Also, use oils to help control powdery mildew or black sooty mold.
Note of Caution: Remember not all insects are pests. Lady Bugs, as a natural enemy of some insects and pests for example, control aphids. Unfortunately, oils will harm both the good beneficial insects and the bad insects, so take care and evaluate the situation prior to using horticultural sprays.

When NOT to Use Horticultural Oil

Never use oils with any aquaponic gardening, the oils are toxic to fish. Don’t use oils on plants such as:

If plants show a yellowing of leaves or needles after application, do not used again on the plant. This usually indicates a burn and could cause further damage if used again.
Make every effort to eliminate pests with other methods prior to seeking out horticultural oil such as insecticides or biorational pesticide. Never apply oils in freezing temperatures (under 40 degrees Fahrenheit), during droughts or extreme heat and always remember to read the label.