Flying the American flag is an honor that many Americans enjoy. From a permanent full size flag pole to a wall mount flag to a garden flag stand – there are many options for displaying Old Glory. And when your flag begins to wear out, there are several acceptable ways to retire it while still maintain its honor. But first, what is the etiquette for carrying and flying a flag? 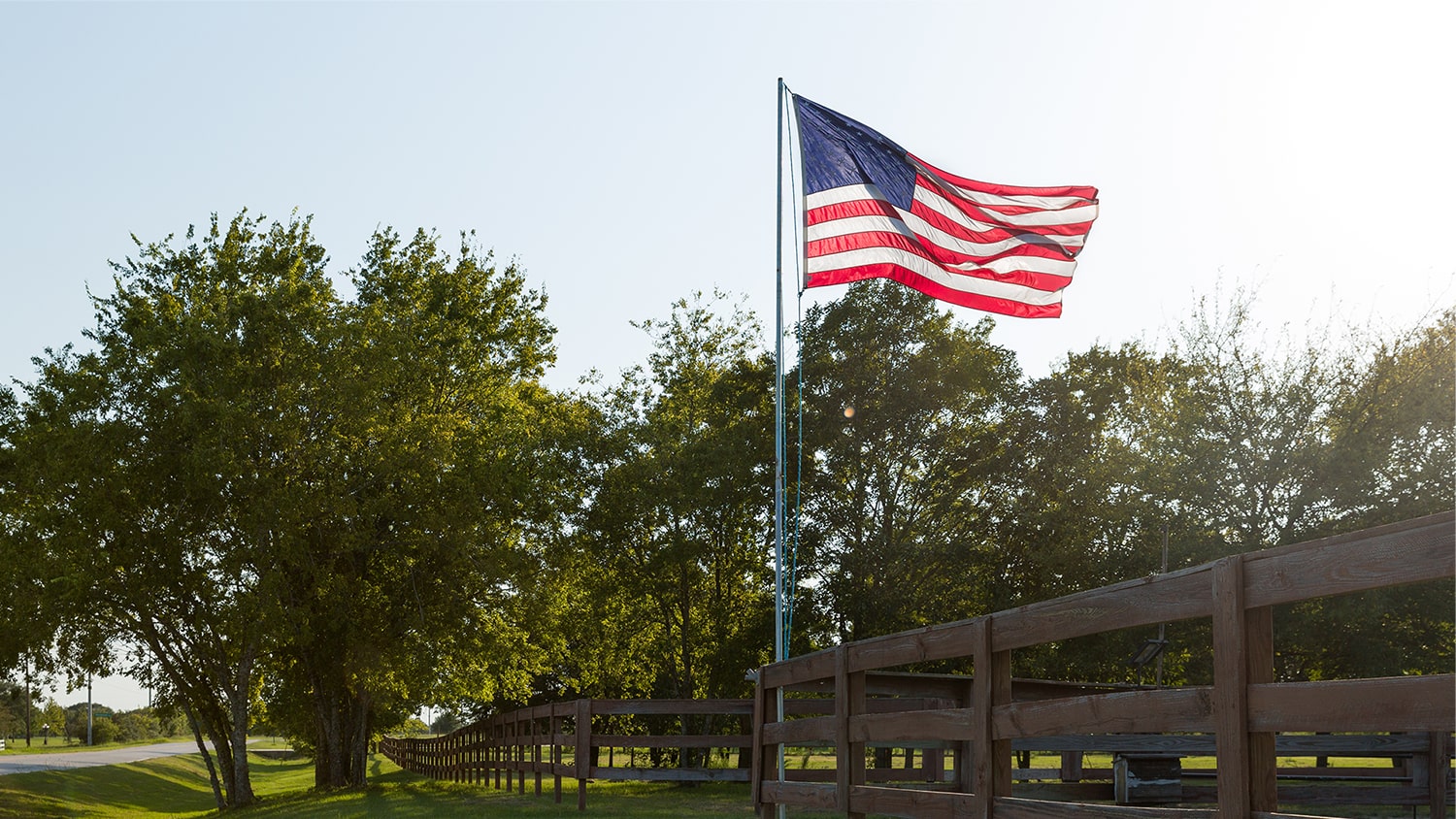 Everyone knows not to let the flag touch the ground, but did you know you aren’t supposed to carry it sideways? You shouldn’t be carrying things in it either. Imagine you’re in a one person parade, and you will always carry the American flag the right way.

How do you handle a flag? 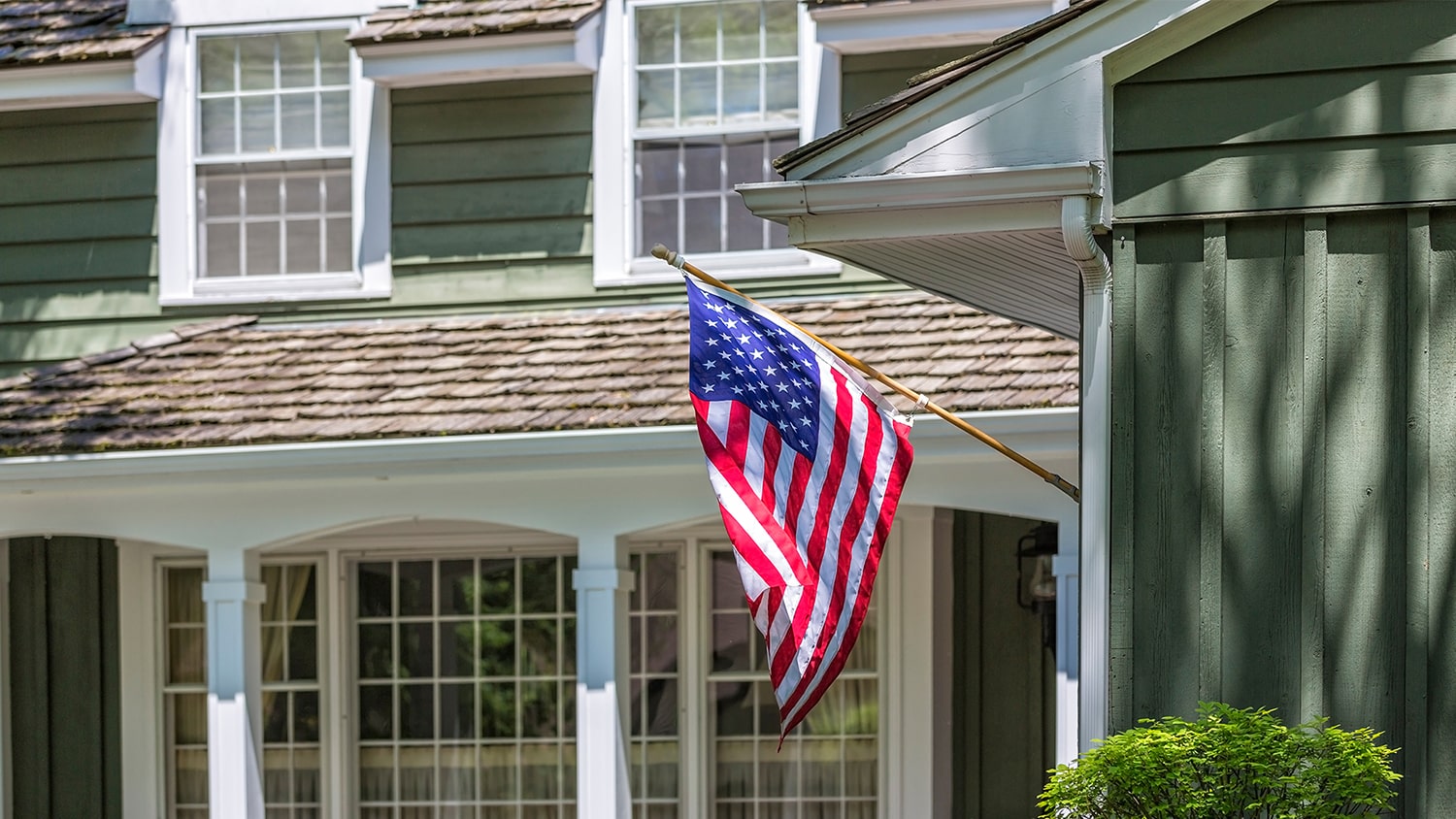 According to the US Flag Code, there are three simple rules to keep in mind.

The American flag always flies above all others. But there are a couple other things to consider when you display your flag at home.

How do you display a flag? 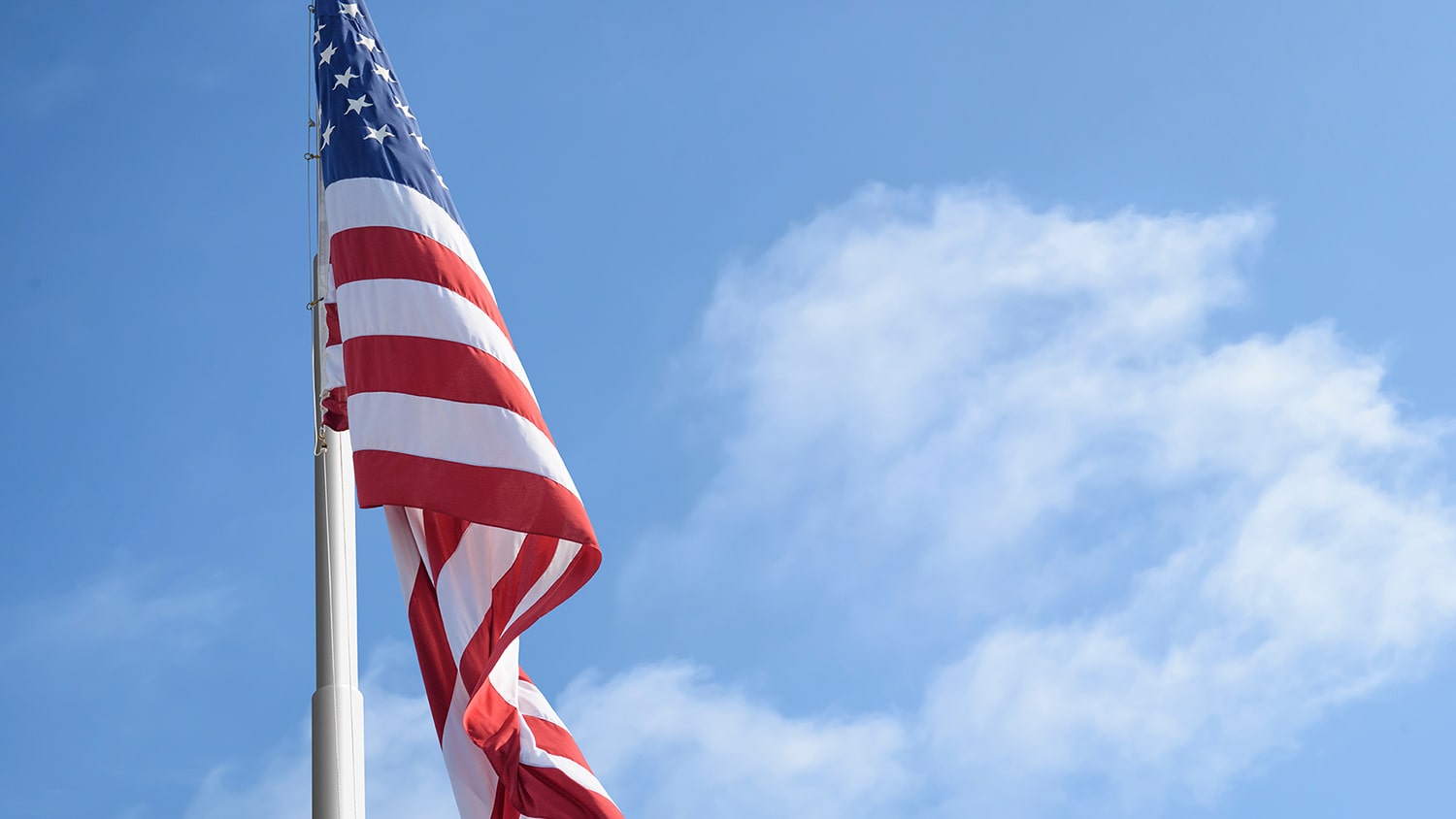 If you keep honor in mind, it is easy to display your American flag.

How do you retire a flag? 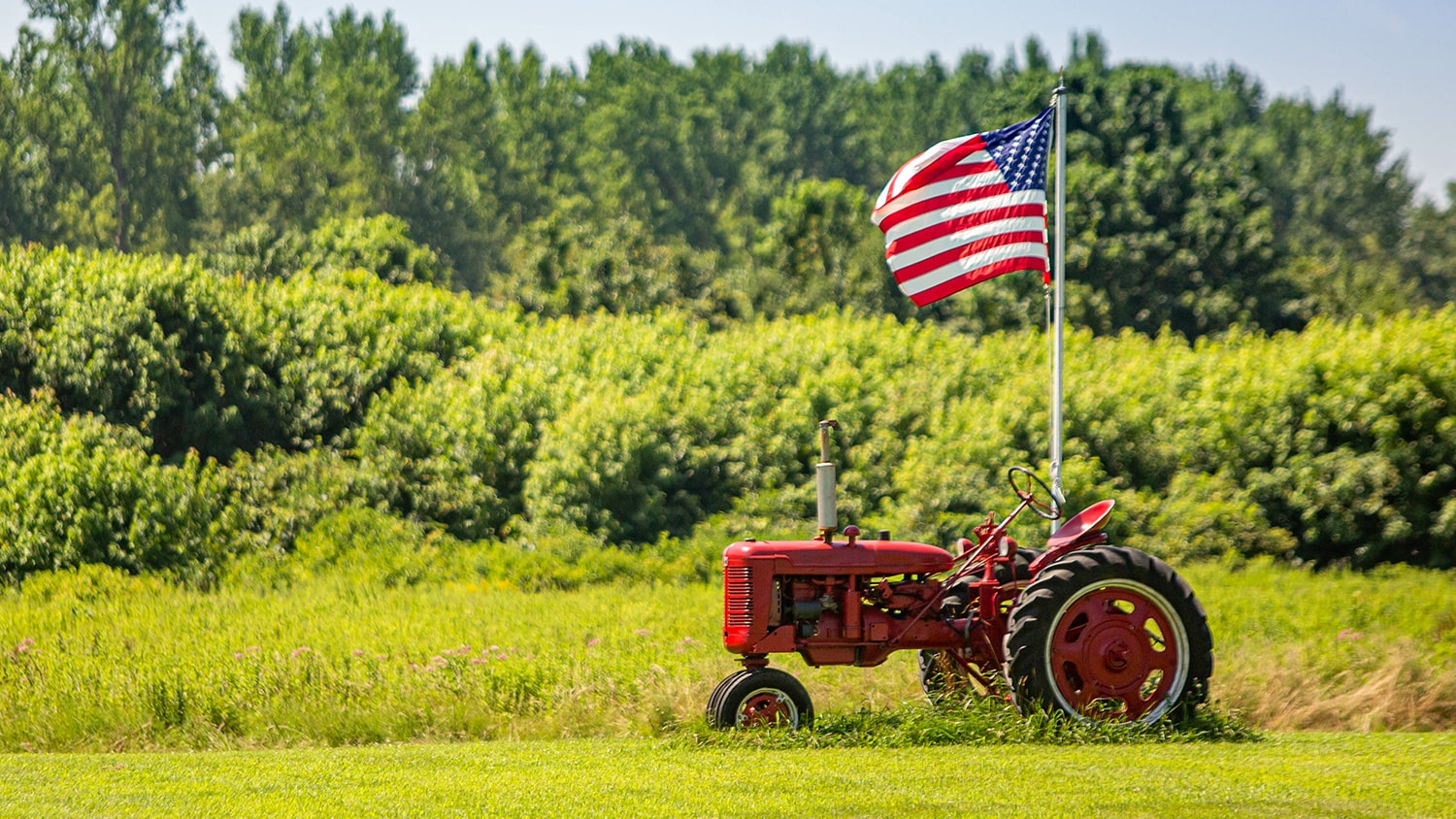 While it may be hard to let go, sometimes flags have outworn their days. The U.S. Flag Code says, “The flag, when it is in such condition that it is no longer a fitting emblem for display, should be destroyed in a dignified way, preferably by burning.” Burning, burial, dismantling, or recycling – there are several acceptable ways to retire Old Glory. The most important thing to remember is to honor the flag for the service it has given us flying over our country.

There are several steps to burning an American flag correctly and with honor. First, it needs to be folded properly. There are several YouTube videos on how to fold a flag into the customary triangle. Second, make sure the fire is large enough to allow the flag to burn all at once. While the flag is burning, salute, recite the Pledge of Allegiance, and finally observe a moment of silence. Third, collect the ashes and bury them. 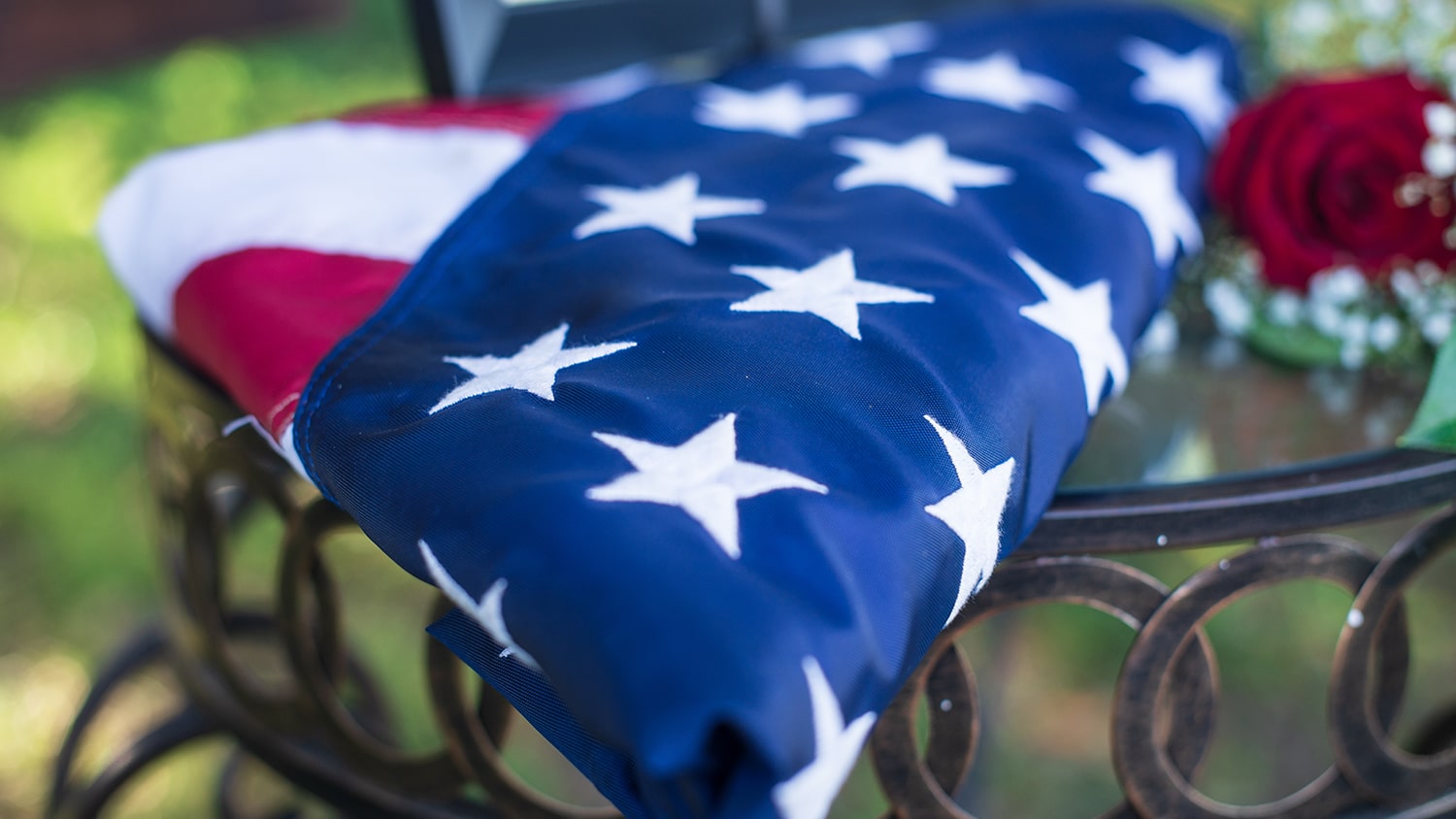 Sometimes burial is a better choice – especially if your flag is made of a synthetic material instead of cotton. You will need to take steps to prepare the flag for burial. Just like with burning, the flag should be folded properly into the customary triangle. It is recommended to place the flag in a wooden box, but it should at least be protected from touching the ground. When you finish burying the flag, close the ceremony with a moment of silence.

Putting scissors to the American flag feels wrong but there is a right way to dismantle a flag while still preserving its honor. Start by separating the blue square of stars from the rest of the flag. This field of blue is never cut apart – symbolizing how our states will never be divided. Once the stars are gone, carefully cut each of the stripes, ending with ribbons of red and white. When the flag has been dismantled properly, it is no longer considered an American flag and can be thrown away.

If you aren’t up to retire the flag yourself, many places offer retirement services in your community. American Legion, VFW (Veterans of Foreign Wars), and most Boy & Girl Scout troops accept flags and hold periodic retirement ceremonies for all the flags collected.

The last option – only if your flag is embroidered not printed – is to donate your American flag to a program called Stars for our Troops. This group carefully separates the stars from a flag and sends them to our soldiers along with a message. It’s a cool way to share a part of your patriotism with those who protect your freedom. 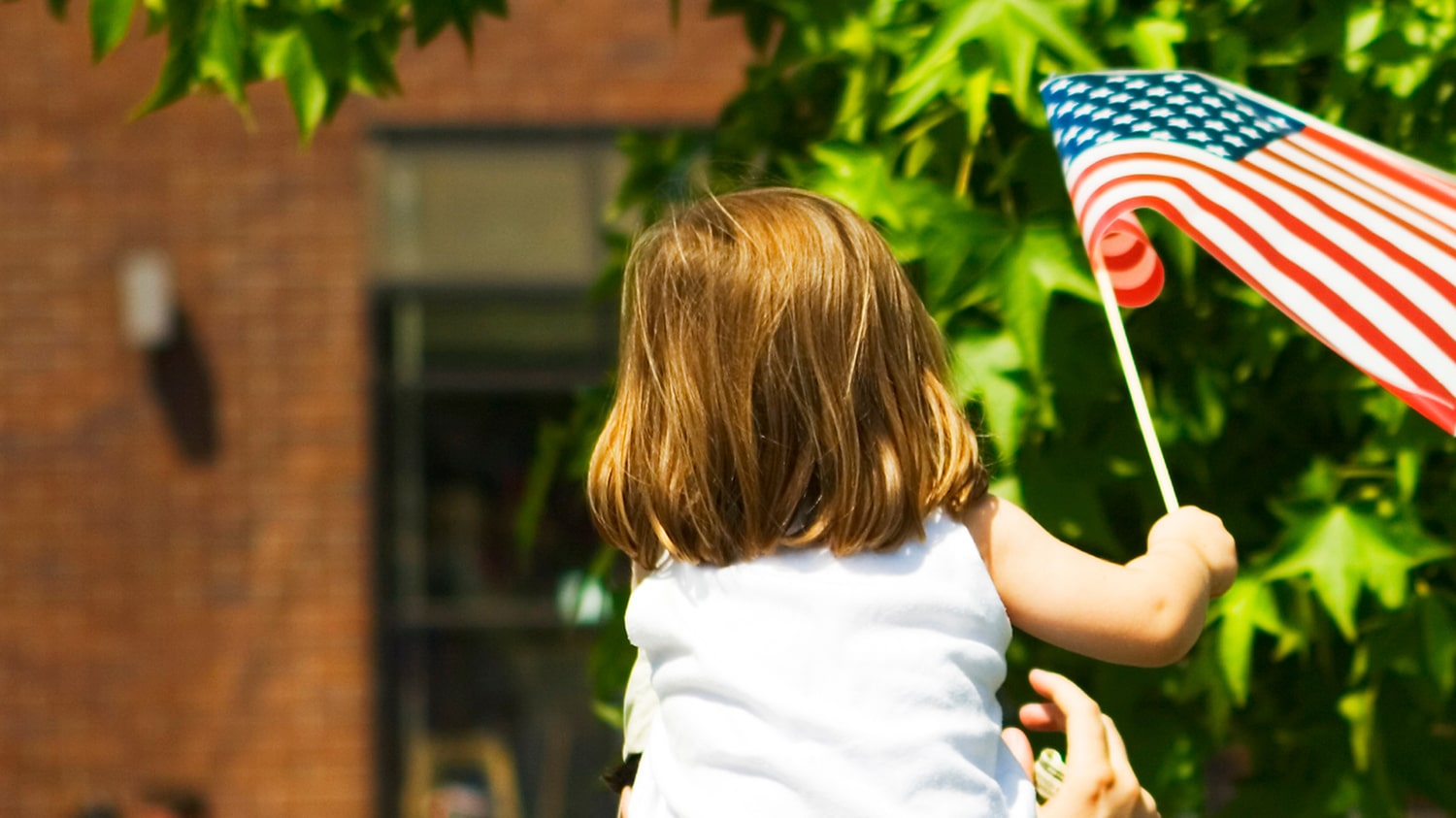 We all are lucky to live in a country where our flag means so much to everyone. So take care of it, fly it high and proud, and retire it with respect.

ROBYN ROGERS, THE AUTHOR OF THIS BLOG IS LOCATED ON THE KITSAP PENINSULA IN WASHINGTON AND HER ADVICE IS CONSISTENT WITH THE CLIMATE THERE.