What to Prune & When

General Pruning Guide
A good starting point for pruning any plant is to remove dead, diseased, or damaged stems as soon as you see them. Dead stems attract insects and invite diseases to develop. Also remove crossing branches, water sprouts (vigorous upright growing shoots that form on trunks or side branches), and suckers (vigorous shoots that develop near or from below ground). 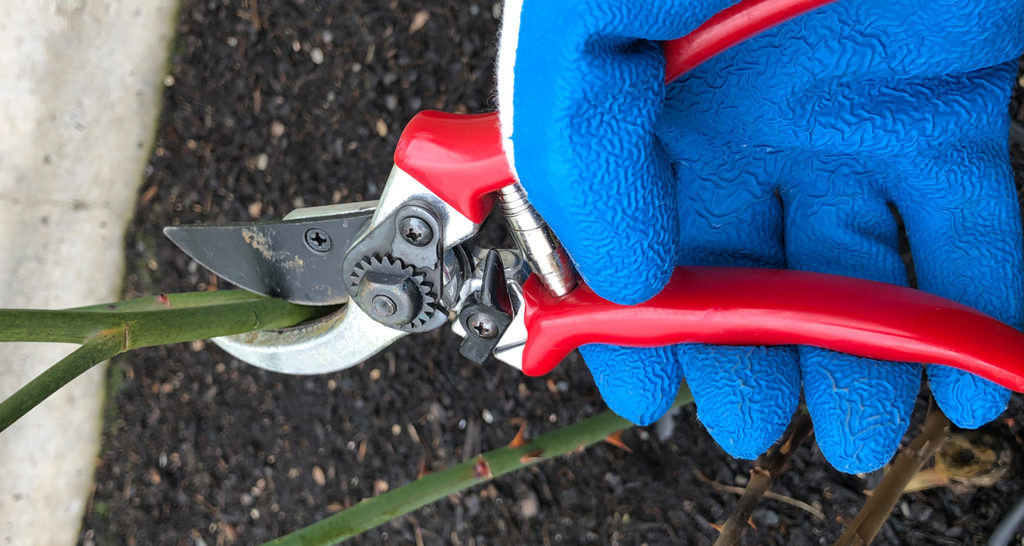 Hydrangeas
Most hydrangea types—pink, blue, or white mopheads and lacecaps, or oakleaf forms—bloom on old wood. Prune these types of hydrangeas before midsummer. If you prune them in winter or early spring, you’ll be removing flower buds.
With newer reblooming types, such as the Endless Summer Series or Let’s Dance Series, which bloom on new growth as well as old wood, timing of pruning is less critical. Even if you cut off some of the flower buds by pruning the old stems, the plant will bloom on the new growth.
White-flowered paniculata (such as the varieties ‘PeeGee’ and ‘Limelight’) and arborescens (including ‘Annabelle’) types flower on new wood, so they can be pruned any time other than just before they bloom.

Spring-Flowering Trees and Shrubs
Early-spring bloomers, such as lilac, forsythia and rhododendron bear flowers on wood formed the previous year. The best time to prune them is late spring—immediately after they finish blooming. If you prune them later in the growing season or during winter, you’ll remove flower buds and decrease the amount of spring bloom.

Garden Tip: To keep spring bloomers flowering vigorously, remove some of the oldest shoots all the way to the ground. This allows younger stems to grow and bloom.

Summer-Blooming Trees and Shrubs
Plants that bloom in summer, such as potentilla, butterfly bush, and crape myrtle produce their flowers on new growth from the current season. Prune them in winter while they’re dormant, or in early spring just before they push out their new growth. You can even cut them all the way to the ground in late winter, and they’ll still bloom that same summer.

Garden Tip: Save time by using a pole pruner with a rotating head to remove stems all the way to the base of the plant. That way, you don’t have to bend over for each cut, saving not only time but also wear and tear on your back!

Shrubs Without Showy Blooms
Cut back shrubs grown primarily for their foliage, such as barberry and burning bush, almost anytime except in late autumn. New growth that starts after late-season pruning won’t harden off properly before winter. If you want to do major pruning, it’s best to cut the shrub back when it is dormant in winter.

Clipped Hedges
Shrubs such as boxwood and privet are often sheared to form a hedge. To maintain a solid wall of green, shear the new growth frequently during the early part of the growing season. Keep the top narrower than the base so that the upper branches don’t shade the lower ones. Stop shearing the hedge approximately six weeks before your area’s average first frost.

Garden Tip: If you’re growing a privacy hedge, reduce the amount of pruning maintenance needed by selecting shrubs that grow only as tall and wide as necessary to provide screening. Allow them to grow into their natural form, and little, if any, pruning will be required.

Roses
Treat climbers and old garden roses that bloom only once per year the same as other spring-blooming shrubs: Pruning after they finish blooming.
Repeat bloomers, including hybrid teas, floribundas, grandifloras, miniatures, and modern shrub roses are pruned mostly to shape the plant or to remove winter-damaged canes. If they become overgrown, cut them back in early spring.

Deciduous Shade Trees
Prune shade trees such as oak, linden, and ash when they are dormant in winter. It’s easiest to see the branching structure at this time of year, and you’re less likely to spread diseases through the pruning wounds. As with non-blooming shrubs, avoid pruning them late in summer.

Garden Tip: Trees that produce a heavy sap flow when pruned in winter- maples, birches, elms, and dogwoods—are known as “bleeders.” The sap flow may be unsightly, but it doesn’t harm the tree. To avoid the bleeding, you can wait until the leaves have fully expanded in summer to prune these species.

Deciduous Fruit Trees
Apples (including crabapples), peaches, pears, plums, and cherries should be pruned in midwinter. Although winter pruning removes some of their flower buds, the goal in pruning fruit trees is to open up the tree to allow in more light for a better crop of fruit, rather than to get maximum bloom.
Dormant pruning is especially important for apples, pears, and crabapples because pruning wounds during the growing season expose the trees to a bacterial disease called fireblight.

Garden Tip: To control the spread of diseases while pruning, dip your pruning shears in rubbing alcohol or a solution of one part bleach to nine parts water.

Broadleaf Evergreens
Most broadleaf evergreens, including holly, mahonia, and some types of magnolias, need little pruning. The best time to prune them is in early spring, just before they put on their growth spurt. You can do minor shaping and pruning at other times of the year, too.

Needle-Leaf Evergreens
Most trees and shrubs with needlelike or scalelike foliage (spruce, juniper, cypress, arborvitae, fir, yew, Douglas fir, and false cypress) are best pruned early in the growing season.
Avoid cutting back into wood that has no green needles; it may not sprout new growth. As with broadleaf evergreens, you can trim a few branch tips in midwinter to take some greenery indoors.

Pines
True pines are more particular about their pruning needs than other needle-leaf evergreens. Pines form buds only at branch tips before the stem becomes woody.
For best results, prune pines only in the candle stage—before the new shoots turn woody and before the needles have fully expanded. Prune only a portion of the new growth, removing up to half of the expanding candle.

Bush Berries
The most productive portions of blueberry, gooseberry and currant bushes are stems that are three years old or less. To maintain a constant supply of productive wood, prune out about a third of the oldest stems on these shrubs each winter. Cut the old stems off at ground level.

Cane Berries
Raspberries and blackberries grow on long stems called canes. On most types, the cane doesn’t fruit until its second year of growth. After bearing fruit, that cane dies. But new first-year canes develop at the same time and will bear fruit the following year.
Remove two-year-old canes soon after they finish bearing. They won’t fruit again, and they can otherwise spread disease. Pinch back the tips of first-year canes when they reach about 3-4 feet to cause the cane to branch.
Everbearing types of raspberries are an exception. They form a late-summer crop on the tips of first-year canes. Don’t pinch them back in midsummer. Instead, allow the canes to flower and fruit for a fall crop. Remove the stem tips that have borne fruit in winter. The following summer the lower portion of the stem will fruit. After it finishes bearing, completely remove the fruited cane.

Grape Vines
Grapes grow vigorously and require extensive pruning each year to keep them productive. Most training systems for grapes involve developing a main stem or trunk with several lateral stems or arms. Grapes fruit on lateral shoots from the current season’s woody growth.
Prune all grapes close to the lateral arms each year during the dormant season to produce the best fruit. The degree of pruning depends on the vigor of the variety. Prune vigorous varieties more heavily than weak growers.