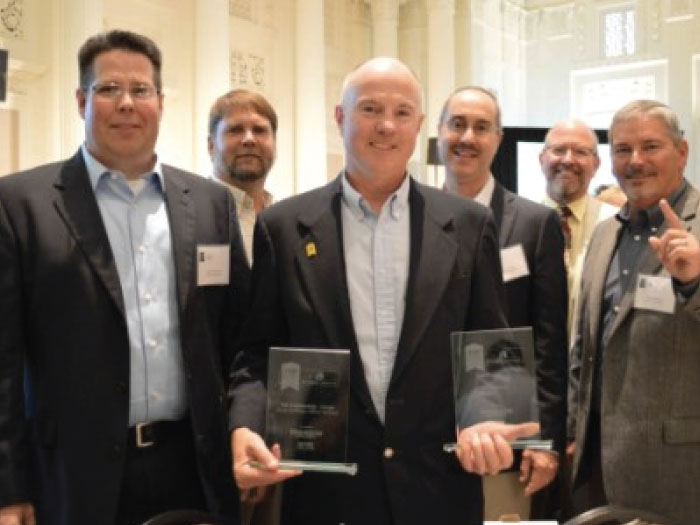 As published in The Oregonian’s article by Molly Young on September 10th, Wilco recently accepted the award as the #1 Top Workplace in Oregon and Southwest Washington.

The Oregonian invited over 1,000 companies to participate through confidential employee surveys managed by a third party, WorkplaceDynamics. Of those, Wilco accepted the award within the large companies group; which included those with more than 500 employees.

Wilco is a co-op owned by 3,000 farmer members, but does business with any customer who can benefit from their three business units. They first participated in the survey in 2012 and ranked within the top ten for mid-sized companies. Again in 2013, Wilco was named a Top Workplace and placed in the top 6 with other top tier workplaces like Kimpton Hotels, The Barbers, Northwest Mortgage Group and DoubleTree by Hilton.

“As we continue to grow our business, our employees are the most important factor we have,” said Doug Hoffman, Wilco CEO & President. The growth the past two years has moved Wilco from the mid-sized companies group in 2012 and 2013 into the large company category in 2014.

With Wilco’s shift from mid-sized to large company, they unseated another top-tier workplace, Edward Jones, who was #1 in past years. Edward Jones placed 2nd this year with other top 10 companies like Les Schwab, Fred Meyer, Re/MAX Equity Group and Umpqua Bank.

Wilco is an agricultural-based cooperative with roots dating back to the 30’s. At that time, many farmers joined together to create co-ops that could better support farms. Wilco was officially formed when five of these forward-thinking cooperatives decided to join together in 1967.

Wilco’s size did not stop with just five co-ops though. Through mergers, acquisitions and ground-up locations, the company has followed their customers throughout Oregon and Washington. Today, Wilco is based in the small town of Mount Angel, Oregon, but is the largest agricultural supply cooperative in the Pacific Northwest with 23 locations that span a trade area from Gig Harbor, WA to Springfield, OR.

Their newest farm store opened in Bend, OR this month continued their expansion into Central Oregon. Wilco is made up of three business units that include 15 retail farm stores. These stores feature products in Pet Food and Pet Grooming, Lawn and Garden, Work Wear and Lifestyle Clothing, True Value Hardware, Livestock Supplies and Animal Feeds.

While the farm store’s focus on customers with pets, gardens and small acreage, Wilco’s seven Agronomy Centers are geared toward larger farms and growers whose livelihood depends on the farm. With over 200 crops grown in Oregon and Washington it is one of the most diverse farming landscapes in the nation. The wide range of crops include hazelnuts, berries, wheat, corn, row crops, vineyards, and many more, and is why Wilco’s focus on crop expertise and teamwork are so essential.

Wilco’s Mt. Angel Office is also the home to a Distribution Center and is the hub to their third business unit. Since the co-op was founded, they have delivered bulk fuel and lubricants to commercial growers and businesses. These three business units all combine to be the diverse, yet agriculturally focused company that is this year’s #1 Top Work Place.

“We’re honored to be named the Top Oregonian Workplace,” says Hoffman. “I’m very proud to have a team so dedicated to our customers and core values. Our growth these past years is a testament to their talents and commitment.”