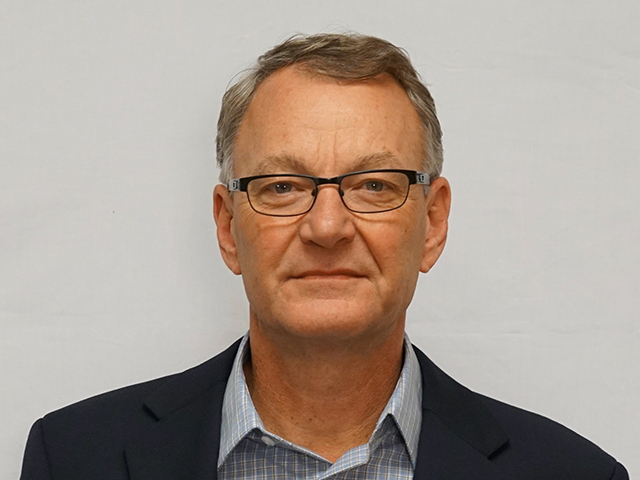 Sam is not new to Wilco. He most recently served as the President of Retail Stores and then Interim CEO. He has been with the cooperative for over 30 years. When asked about Sam’s impact, Jake Wilson, Wilco’s Marketing Director said, “I’ve been at Wilco for 20 years, and Sam has always been known for his business acumen. He has been the architect of many “firsts.” But it’s his influence on the company’s values and culture that stand out.”

Regarding those firsts, Sam was charged with starting and managing Wilco’s centralized purchasing and distribution department and was instrumental in delivering other advancements, like the store’s first point of sale and live inventory management system. His ideas also extend to the company’s agriculture and community efforts as he initiated Wilco’s FFA Forever program that has raised over $1,000,000 in support of Oregon and Washington FFA.

Sam has led different areas of the business, most notably, he drove the efforts for the first ground up, new Wilco Farm Store and the design of a model store with five signature departments and over 20,000 square feet of retail space. He has championed a customer-focus attitude which has led to success and the core of Wilco’s profitability and returns to farmer-owners. Sam’s focus on steady, sustainable growth has spanned decades, including expansion beyond Oregon and Washington as the cooperative plans to enter California next year.

Sam’s diverse background started in the warehouse loading out feed at the Canby, Oregon store. From there he moved into management of several areas; from the bulk petroleum and propane department, agronomy business (now the west division of Valley Agronomics), transportation and several other administrative support teams.

When asked to expand on Sam’s cultural impact, Jake said, “Sam has always supported constant improvement, finding best practices, and being collaborative yet decisive. He thinks of our frontline team a lot, making sure those who work directly with our customers are factored into all decisions.”

For the past eight years, Wilco has been named a Top Workplace in Oregon and Southwest Washington. They are one of six companies to have received the award all eight years; being named the #1 Best Workplace one of those. A common denominator, Sam. He has been a member of Wilco’s Executive Team the entire time.

Outside of the office, you may see Sam out on a run. He has participated in over 50 marathons and half marathons; likely many of those Wilco “firsts” were dreamed up while jogging down the streets of his hometown in West Linn, Oregon.

If Sam’s past performance is any indication of what Wilco’s farmer-owners, customers and team members should expect; the team will have a solid place to work, net income will increase, and relationships between business units and customers will strengthen, because that is what he’s done.